We help business owners grow their companies with the use of their accounting. We provide full-service support that includes bookkeeping, CFO support, tax compliance, payroll support, and consulting. 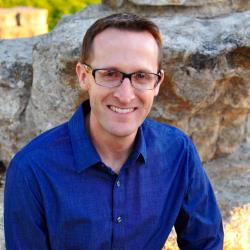 From a young age, Joel was inspired by the example of several entrepreneurs in his life, including his father. After graduating from BYU with a BS in accounting and a MAcc, Joel spent 6 years with Ernst & Young where he was an audit manager. Subsequently, Joel entered the corporate world where, over the next 7 years, he worked in many different senior management accounting positions at companies such as Xerox and Arrow Electronics. In February 2017, Joel fulfilled his dream of making a meaningful contribution to the business community by launching his own business named Fianza, a full-service accounting provider. Joel and his wife have 4 daughters and reside in Highlands Ranch, Colorado where he enjoys hiking, mountain biking, and camping. Joel is also involved in his community with the Boy Scouts of America, elementary school system, and the Highlands Ranch and Denver Hispanic Chambers of Commerce. Joel has lived/traveled internationally and is fluent in Spanish.